Hey guys! Some people have been asking me where have I been. I’m right here! But, due to the heat (and we have been getting a lot of heat advisories lately), I have not been on for long. I will try to log in earlier so I can get off earlier, and still get stuff done ^^ 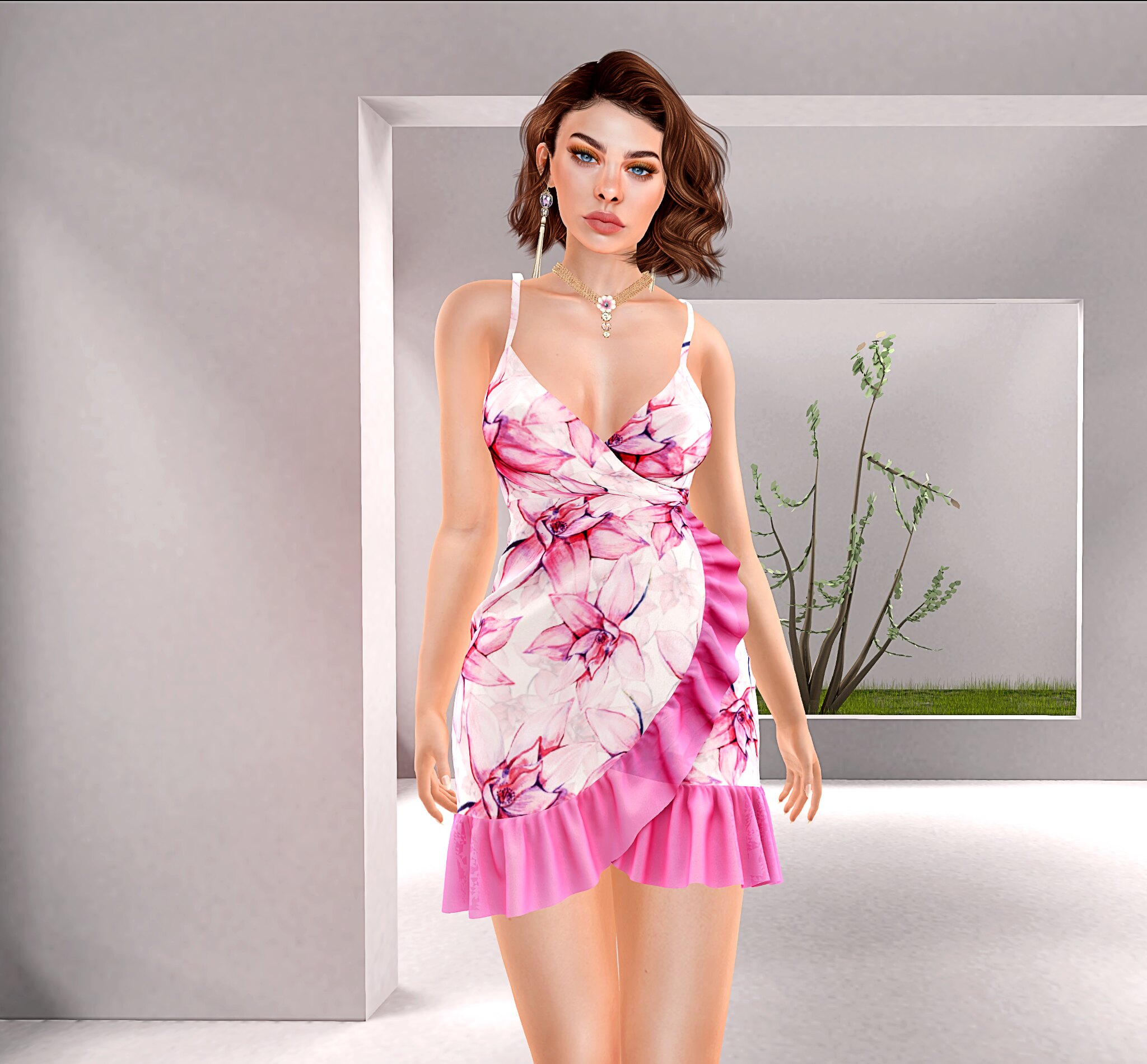 I had worn this dress earlier this month in anticipation to blog it (even bought this hair for it), but then the heat got to me, and it was harder to stay online for a long period of time. The Magnolia dress comes in 6 colors, and each color has a solid and a floral pattern. 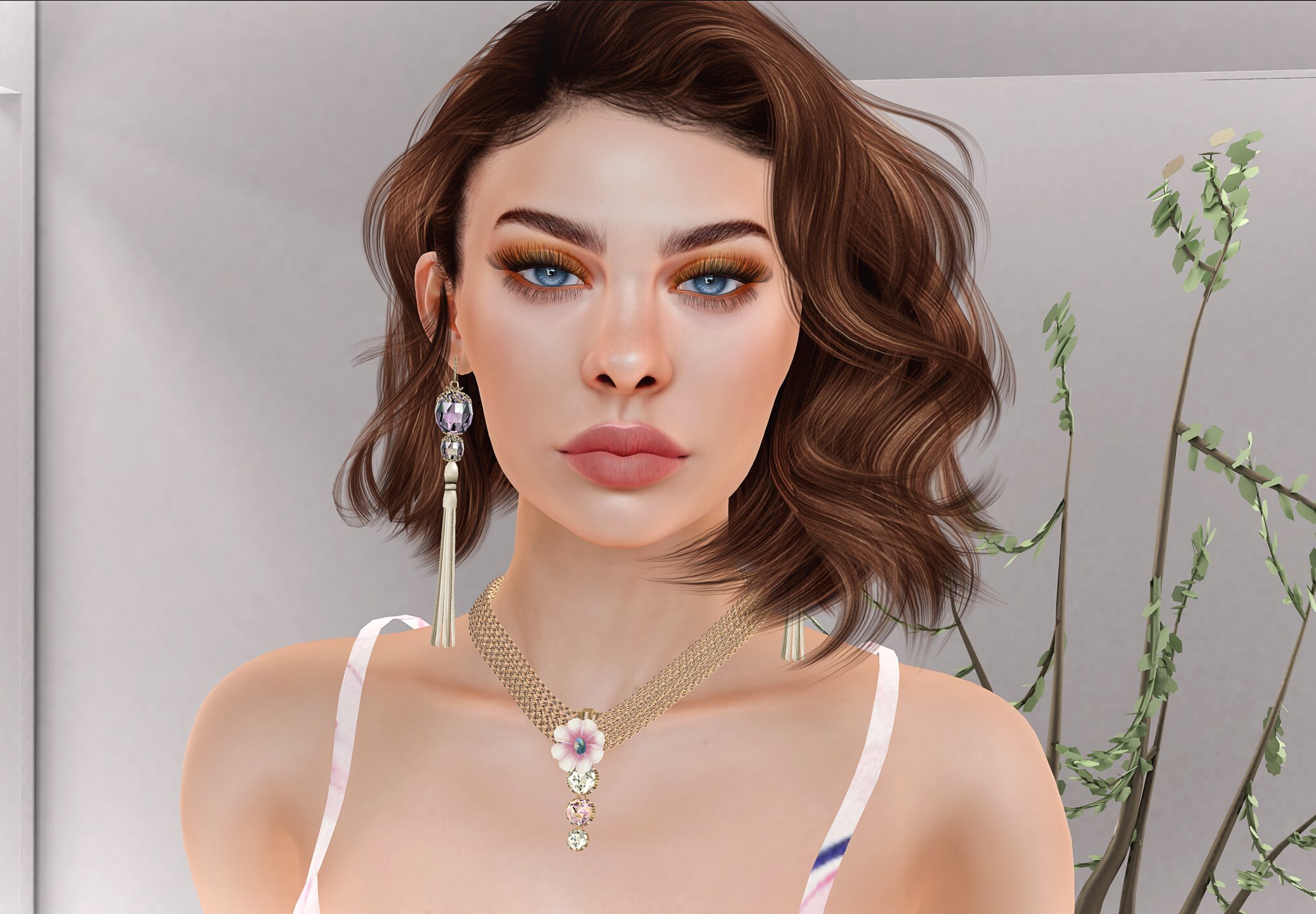 Cazimi always has a nice mix of makeup. Learning how to adjust the tint of the lashes on the Genus head was a bit tricky, but I managed ^^

Last week I did go back to wearing my Catwa head for a bit because I had recently purchased a basic skin line from Glam Affair. It looked cute – I wish I would had gotten a better photo. I had taken this at work ( I always take photos when I am on the posestand, for record keeping as well as to keep track of my outfits), which is not an ideal photo.

I am getting used to my Genus head – still figuring things out with it. I still want a Lelutka head though – I hear they have a new head out now called Fleur.