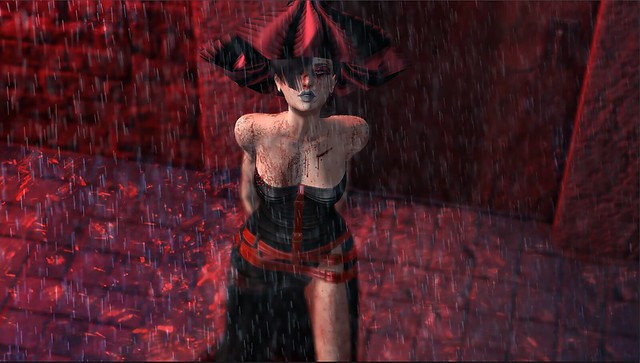 How did I get inspired to do this look?

I saw that United Colors had a new dress out at Fameshed, and it had a bloody dress version. Of course since this is the Halloween season, I wanted to see could I come up with a “scary” look.

When I got the dress, I had gotten some Asian vibes from the dress. I am not saying that the dress itself looked Asian, but that I got inspired to style it with something Asian. I had heard that Neo-Japan was open, so I went over to the event to see if I saw anything interesting. 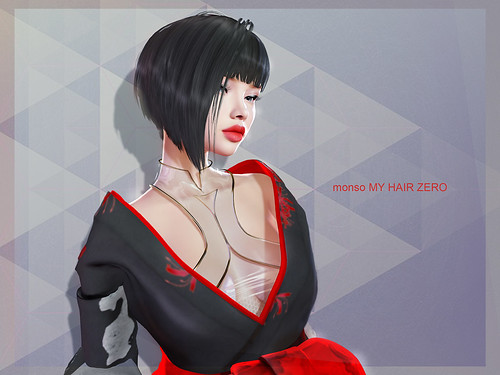 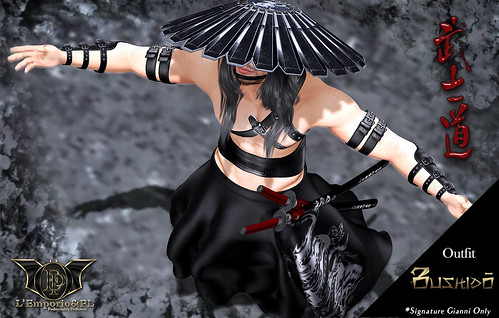 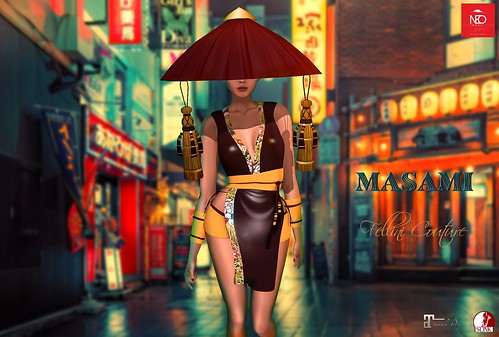 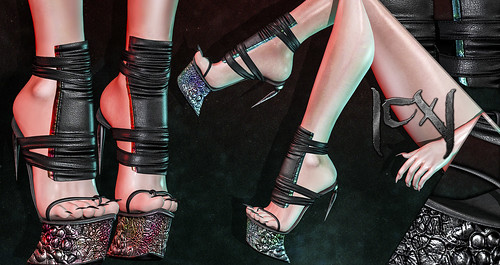 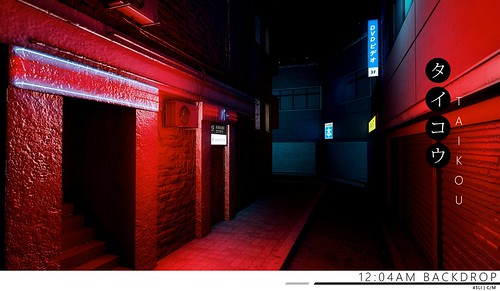 I knew that I was getting the shoes, and possibly the hair. Funny story – I had thought that the red “demo” words that was written all over the shoe was part of the actual design. I never looked at the shoes close up, and it went well with the dress. When I purchased the shoes, at first I thought I had gotten the wrong shoe because it was mostly black instead of red. Oops….

Then I remembered that my friend G had some really cool lashes from Zibska, so I went there to see if they would be able to go with my outfit (they didn’t). 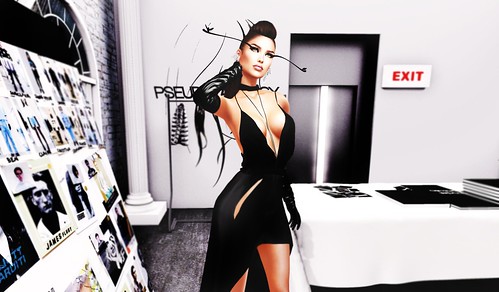 HOWEVER, I saw that Zibska was having a 50L clearance sale, and the items were still for sale even though it was technically over. So I bought several items, including the hat I wore. After that, I went to the group gifts area and got the lashes, and a bunch of other things. Not bad for only a 200L group fee, huh?

I had a similar hair from Shi, so  I went through them to see if any of them would work with my new hat. One did 🙂

The makeup was tricky. Originally I was only going to wear lipstick and eye shadow, but I felt that I didn’t go hard enough in my styling. Then I thought about what Winter Jefferson said in his interview with MoB Magazine when he was asked about becoming fearless.

“I dropped any fears about my appearance, my activities, my ambitions. This was when I adopted AUDACITY as my watchword and protocol for all aspects of my Second Life. Nothing was out of bounds after that. I was going to take everything that the light fell upon and make it mine to style with.”

So I was like okay – let’s go for it! Blood it is! I had to add the eye shadow to my Catwa HUD in order to wear that and the blood at the same time. I did have to tweak it in PS some because of the seams, but it works because it’s not meant to look the same after a bloody fight, you know?

Poses! I went to Del May ultimately to get poses because that store has really good editorial poses. I did take pictures while I was at the store (most don’t want you to) because I wanted to see what feeling I got from the poses as I looked at the pictures. Ones that “spoke” to me were the ones I chose to do the photo. And I had one of them already ^^

So when I started taking photos, I was concerned that 1. There would be too much red in the photo (NOPE), and 2. That I needed to take a “before” version of my look. So that was when the REDRUM concept came in…because I styled backwards from bloody to clean.

How do I take my photos? I take my photos in Ultra graphics settings, and for most photos I used DoF. Then I select a windlight, and then tweak in Environmental Editor (but don’t save them). I mostly use windlights that the owner of Foxcity created. I am still learning how to use DoF properly in photos. I got frustrated with the photo of the claws and ended up having to create the visual I wanted in PS. I use other 3rd party photo editors to create certain looks. One of my favorites is https://pixlr.com/. The photo of me in the rain was also edited with a 3rd party editor. I have created rain in PS before, but it takes a lot of time to do (at least for me).

I did the closeups as a last minute thing…figured it would be good to have a few unedited photos.

Okay – I hope you guys found this informative. Happy shopping! 🙂

One thought on “REDRUM”