I would like to share with you all something that happened recently in one of the groups I am in. A moderator shared an Amber alert for a missing child in New York with the rest of the group via group notices. Now, was it the best place to share (was not a content creator group, but special interests group)? Probably not. But the comments that took place after that made me wonder why some people felt justified to be condescending and mean. I even wrote in the group, “Which is easier to do – ignore something that doesn’t pertain to you, or make a bunch of comments complaining about it?” I reached out to the person who was practically getting attacked, but I had to step away before I received a response.

By the time that I got back, he had told me (and the group chat) that he would be leaving, and he was pulling sponsorship of his store from all of the group’s activities. “and your reactions have made me decide im done forever with ****, no more sponsoring events, no more parties, and no more ***** discount. Im done trying to help people in rl or sl”.  Scenarios like this one is why I have in my inworld profile, “Do you want to be right, or do what’s right? Be the change you would like to see in the world.” There was absolutely no reason why the group conversation had to go the way it did, except that people thought they were doing the right thing by berating the person for putting the information in the group.

I will give another example. This month, The Fashion Loft has been sending out invites to certain stores to participate in our holiday hunt next month. There were some stores who never gave back a response, either yes or no, despite them being around. And no, I am not talking about big stores – last year when we asked them, they actually got back and said thank you but they were already committed to other events. A team member said, “I just don’t understand why they wouldn’t just say yes or no – why choose to ignore it?” Because people are rude and mean, and they feel that your message does not matter. I am not talking about those who may not have received the message…I am talking about several attempts to contact them. But we did get to see a lot of new (to us) stores, and they will be featured next month ^^

Related to the issue of lack of responses, I was reading in the Second Life Friends (Facebook group) earlier about people who had issues with customer service with stores because – no one answered them back. So clearly these stores are not respectful of others, and that there is an issue here. But I doubt anything will change, because in order for that to happen, the guilty parties have to first acknowledge that there is something that needs to be changed.

But yeah…this month I think too many people choosing to be jerks kinda got me down. It’s like being in a room full of cigarette smoke – you don’t have to be smoking to feel the effects of the smoke, and it can still get into your clothing. So, the take away message from this is…be kind to others, and to yourself. 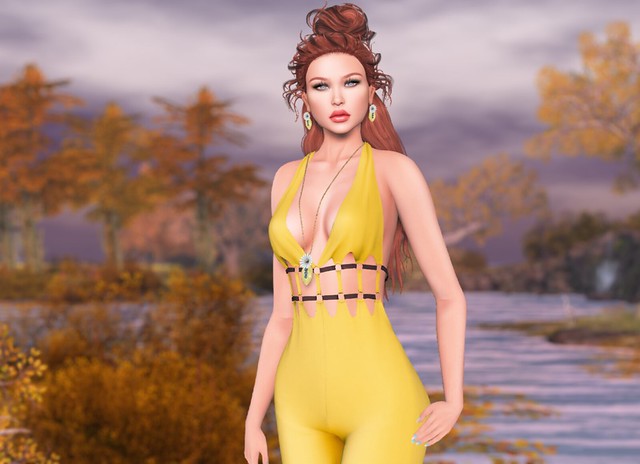