I’m not sure why it seems harder to make this blog post for this rez day. Maybe because for some reason, 7 years in SL is a huge deal for me. I think it’s because when you do something for 7 years, that means that you have put significant time and effort into it. I think the next major rez day will be  10 years in Second Life (if I make it that long).

I will say that I wonder how Sansar will impact my time in Second Life – I may not even want to stay in SL for whatever reason. There were people who were so gung ho about Sansar last year that it seemed like they were ready to leave SL right that instant. Also, there is real life to consider. I have seen plenty of times where changes to RL work, family, health etc. keeps people out of Second Life. I hope that I will always be able to make my own choices, and to leave SL on my terms if the day ever came to pass.

Do you celebrate your rez day? If you do, what do you normally do for it? If not, why not? 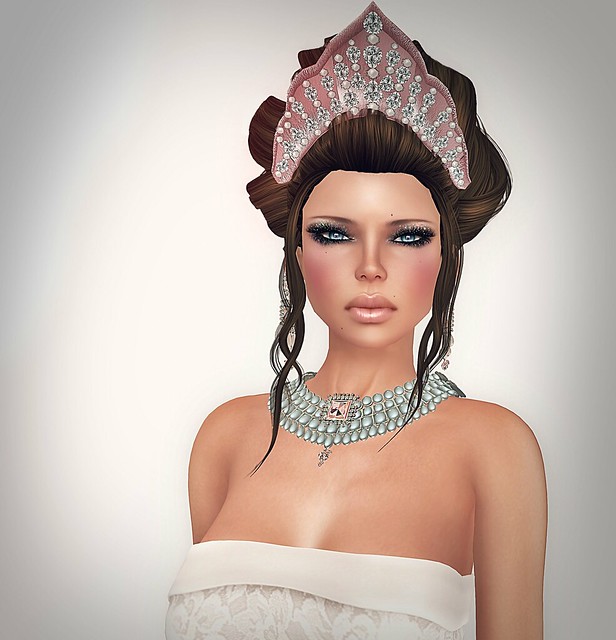 I feel fortunate that I have a record of sorts to keep track of my adventures in Second Life throughout the years. As I looked back on what happened on previous years (2011,  2013, 2014, 2015), I can say that I have had a lot of fun, and here’s to having more fun in the future ^^

So this is my 2016 collage – a photo of me for pretty much every month I have been in SL. Of course, November is missing cause I was having computer issues. For 2017, please NO computer issues! I believe that my photos have improved a great deal, and that was one of my goals from previous years. So I will continue to work on this in 2017 🙂

As to what I want to do in 2017? If you look at my goals for the previous years, nothing has changed really. It is all a work in progress – in some areas I have taken baby steps, and in others I have made significant progress.

So, what did I do for my rez day? This year I was fortunate enough to spend time with a friend who also had the same rez day as me. Since I started on the 26th, a lot of people are away in RL with their families, or doing other stuff in SL. So it can be lonely if you can’t find at least one person to hang out with.

So Neddings reminded me that we were supposed to do the Poppin’s challenge. For those who don’t know, the Poppin’s challenge is when you jump from a high point in Second Life wearing nothing but an umbrella. Technically you are supposed to use the Poppins’ umbrella, but we didn’t  have it at the time. I got the umbrella later, but it’s really buggy so am glad we didn’t waste time on it.

I did a video on our experience ^^

This video was fun to make – I learned about using open broadcaster software (OBS) to film. I look forward to making more in 2017. The owner of the sim gave me a scripted blindfold for a rez day present – I haven’t looked at it yet, but I’m sure it will be interesting.

In the beginning of the video, where you see us is where we were originally going to jump. But I felt the actual distance was too short to take pictures or video. So that was when we went waaay up in the air. The sim was already 3000m + in the air, so we went to 8000m.

We next went to a photo studio and had fun trying out the props there.

We went to a few tracks and had fun racing around. I used one of my cars, as well as the go cart and other vehicle that the sim had. I took a picture of the teleporters to various tracks.

Now, I could have sworn that I had been here before. I think I was looking for the ice skating rink, but couldn’t find it. I think also I may have been here when I got measured by a SL Cheerleader a while back – I learned that my measurements were for DD’s ^^

This is a huge area, and it’s easy to get turned around. We went to the ski jump, and did some cross country skiing.

To the left you can see the ski jump path, and I am slooowly going back up to the top.

The YavaScript pods tour through the area as well. I went on the tour today – was about 50-52 minutes long after I did another loop so I could complete the circuit.

Next Stop: The G Spot

I remember when the owner of Jillian’s (which I think is gone now)  started the G Spot. Neddings told me that the owner of The Keyhole had acquired The G Spot. I had stopped going to Keyhole after I got what I considered to be griefed with a Mysti Tool HUD  or whatever it’s called. I did go to the Keyhole after it was under new ownership, and it seemed dead. The G Spot was pretty empty as well, but at least it wasn’t laggy.

Next stop: Shopping – The Arcade, Pixicat, and Blueberry

Neddings wanted to play the gacha machines for items that he could resell. I got the Sari-Sari blanket wrap (which was nowhere to be found at the reseller markets…darn it for getting back to SL too late) and some other things. I got to demo the new Blueberry leggings – definitely will have to get at least one pair.

Our last stop was back at my place, where we hung out until I was ready to log. Neddings is 6 hours ahead of me, and I logged at 1 am EST…he can stay up late!

Phew! So I hope you have all enjoyed my rez day tale, and that I didn’t lose you somewhere along the way. Remember to be on the look out for sales and new releases – you know I will let you know what’s up ^^ Until then, happy shopping!