I read a blog post by Zivaah Darling several days ago. She talked about how some people perceived her in Second Life. You can read about it here. She then asked proposed this question:

Now the major question is; what would you do?

Change your personality to become friends or seek people more open to accept you the way you are?

Now, this reminds me of a RP post I did a while back (before I came to SL) entitled “Are Perceptions Reality?” And the take home message was yes, it can be. If people perceive you a certain way, it can significantly affect you and your lifestyle. 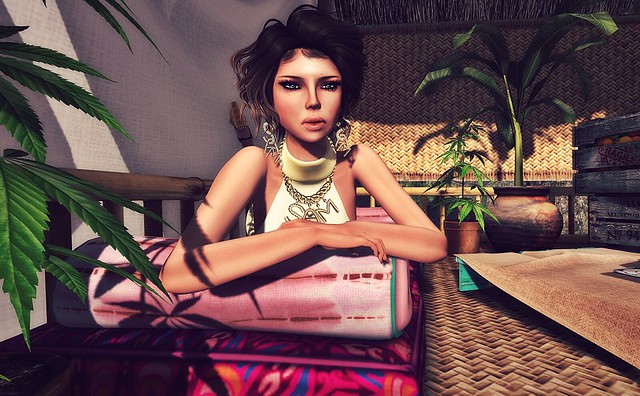 I remember back in 2010, I was (even then) a shopaholic and a party girl in Second Life. I had a group of friends, and when they started getting into different interests (e.g. club owner, DJ, etc.), I wanted to help. They basically told me to not worry about it and to let the more experienced people take care of it….just keep being cute. Obviously that ticked me off, so in 2011 I went about finding people who would give me a chance in managerial positions. I got to be both an assistant manager at a club, as well as a store manager for a clothing store. And, I also graduated from modeling academy in the same year. So by the end of that year, I had basically changed my persona so to speak.

What was funny about that was when some of my new friends (from 2011) would talk about certain topics (mainly adult), I would chime in on them. They were shocked, because they thought I was conservative and wouldn’t know about such things. I went back and told my old friends (from 2010), and we all had a good laugh. Also, back in 2010 I wore blonde hair for about half that time, then switched to brunette. Towards the end of 2011, I mentioned how I used to be a blonde, and I was laughed at. “You wouldn’t look good as a blonde!” And I had to prove them wrong. Just look at my Flickr – I think I have worn most hair color shades lol. But all of this is harmless…what happens when assumptions can cause harm?

I have been in situations where people accused me of things that were not true (regarding my personality). The mildest (and this is not really an accusation) has been, “Oh you are so nice! I didn’t think you would want to talk to me”. The harshest comments (from people who were my “friends”) was when I was accused of trying to be “perfect” and not wanting to take responsibility for my actions. For people who were never called a friend, they either tried to bully me verbally or attack my hobbies in SL (blogging, modeling, the fact that I like to have jobs in SL, etc.). All because they perceived my words and actions one way, and in reality it was something else. This can get messy when this happens within or between groups and organizations…especially if you hold a key position.

So, to answer the question proposed, I would say if you stay true to yourself, your friends emerge, and the detractors will eventually show themselves. You can then choose to remove them from your SL, or they will hopefully remove themselves first.

9 thoughts on “Are Perceptions Reality: How people perceive us in Second Life”